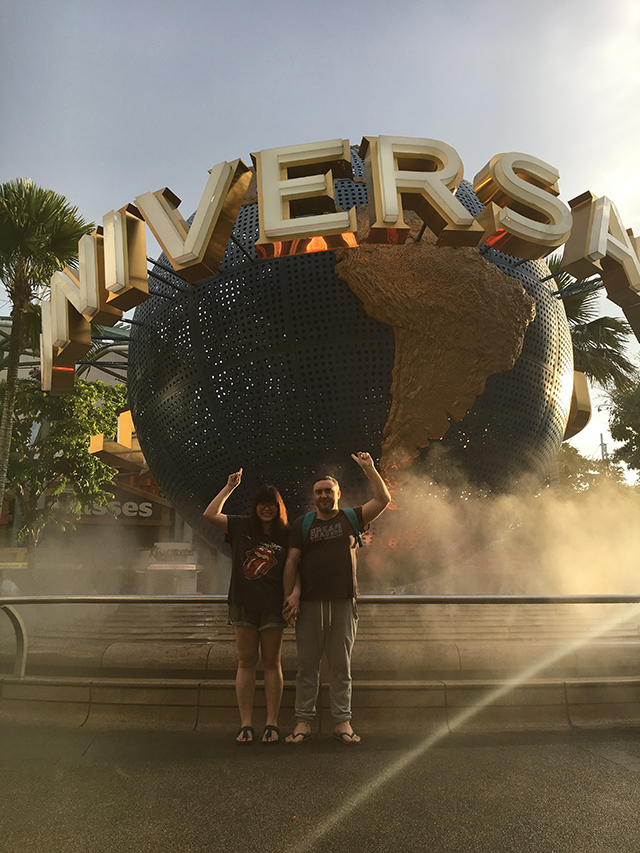 Our 1st trip together to Singapore
Baby G and I were chatting the other day about where we would go with my RM1,000 k holiday tax exemption claim if the MCO allowed travel again. A few countries cropped up and eventually made the top of the list, such as Thailand, Indonesia, and Singapore. Singapore is the most accessible and nearest. It’s also the most convenient if we were ever to go by bus again. 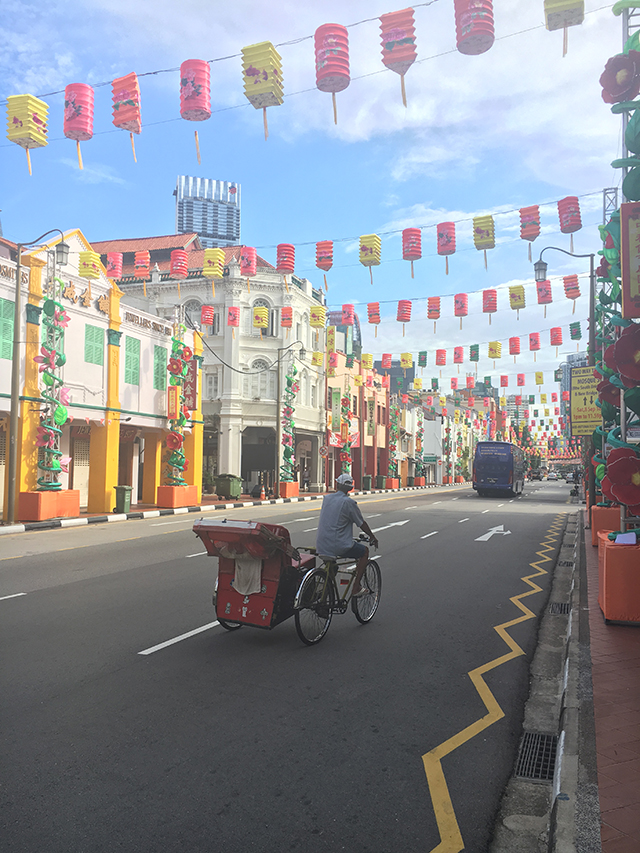 Chinese New Year in Chinatown
Back in 2018, when Baby G stayed there for a month sightseeing and discovering Singapore on a budget, I visited him a couple of times during the long weekend holidays. Amongst the places he brought me to was Marina Bay Sands, which he frequently visited.
There are many different forms of public transport on offer to Singapore. You can go by car, train, bus, and plane. I’ve tried all 4 of them! In my opinion, I’d say the most relaxing would be the bus journey, although the fastest is by plane. Downtown Singapore is only about 25 mins away from the airport. 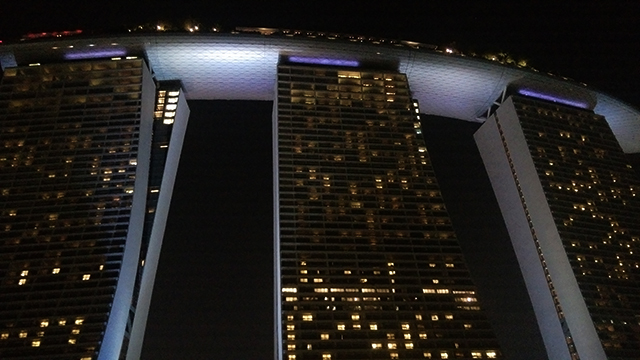 Marina Bay Sands our dream hotel for staycation
I remembered looking at photos online and thinking it was really impressive. Since it opened 10 years ago, it was only a couple of years ago, that I had the opportunity to see it with my own eyes. The world’s most famous and iconic hotel, the most expensive resort ever built in Singapore by the Las Vegas Sands, at the very front of Marina Bay. Hence the hotel’s name – Marina Bay Sands.
Anyone who is anyone would have definitely booked a hotel stay here, albeit being mighty expensive! Is it worth it for the whole experience? Read on to find out why we think so! 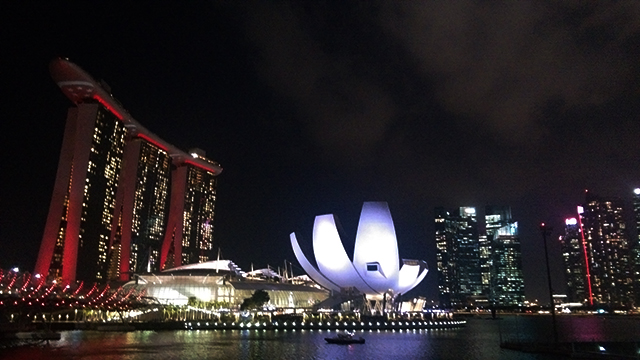 it’s so beautiful at night! we were amazed
Firstly, it has an impressive Skydeck featuring that famous infinity pool, which overlooks the whole Singapore skyline – priceless! Just like that scene in Crazy Rich Asian. It also has an observation deck, a bar, and 2 restaurants. 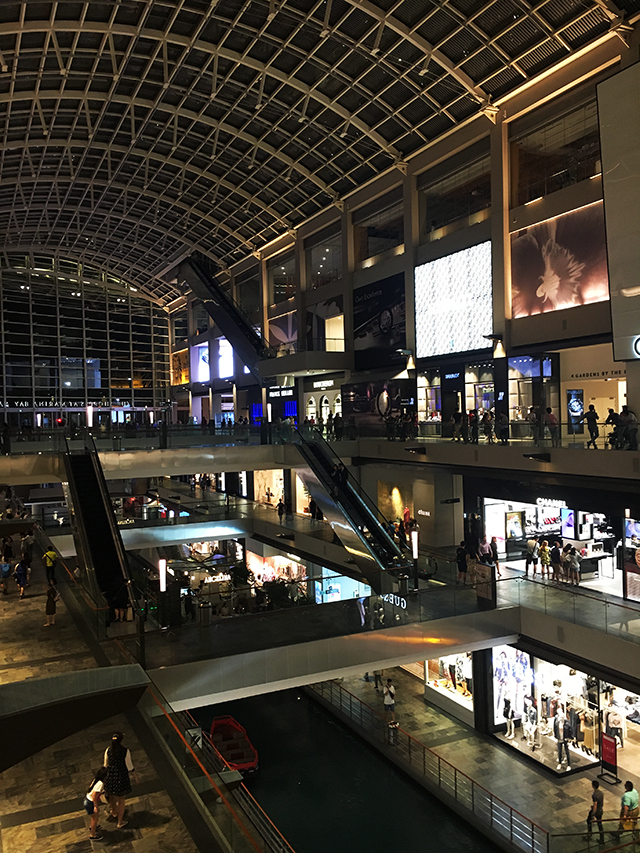 the Shoppes at Marina Bay Sands 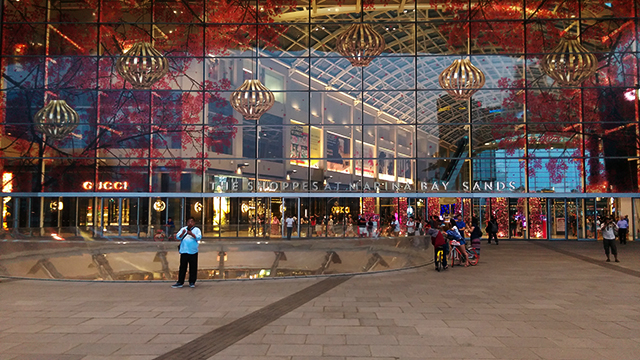 below here is a large whirlpool that forms the “oculus”
a rainwater waterfall that fills the canal (see pic below!) 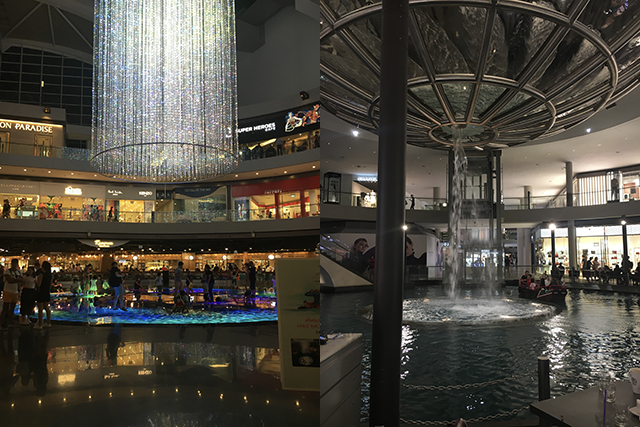 the digital light canvas and oculus is a must-see here
Secondly, it has everything you need within walking distance. I mean Singapore is not very big but if you don’t want to travel far and would prefer everything within your vicinity, this place is gold. Shopping, sightseeing, convention centers, museum, digital light canvas, two theatres, and a casino.
So much to see, just at the mall alone, from the waterfalls to a romantic sampan ride (boat) around the shoppes.
If I’m not wrong, there are over 80 restaurants as well here, some of which are by world-renowned chefs like Gordon Ramsay. 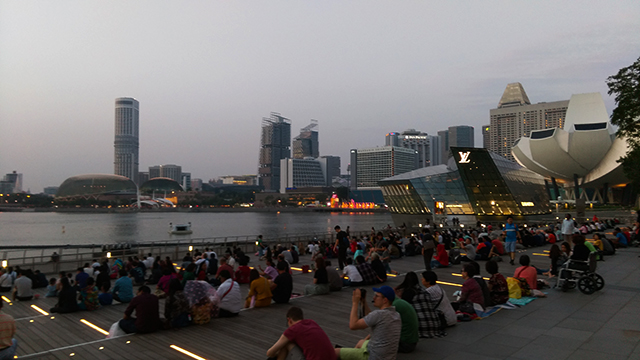 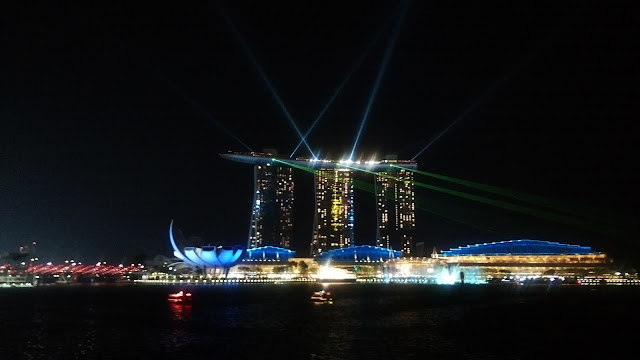 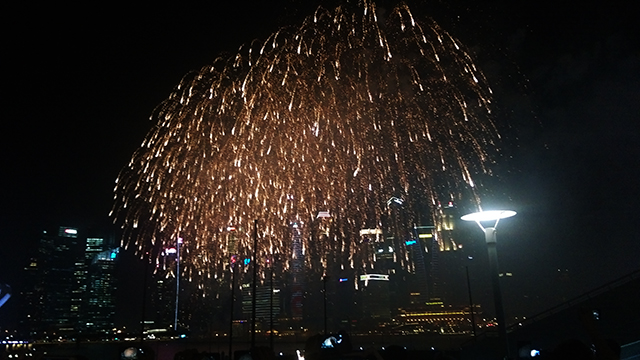 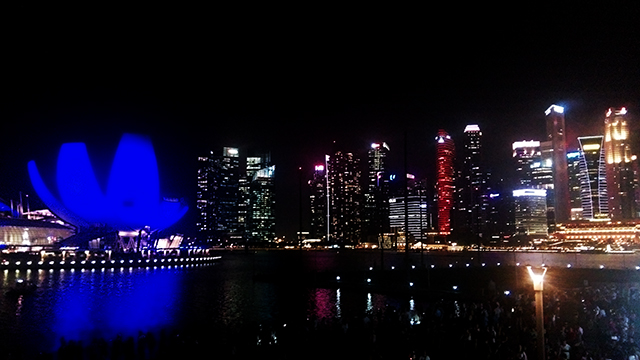 that’s the ArtScience Museum (ASM)
Spectra Light & Water Show
Lastly, the spectra of the light and water after nightfall, which anyone can catch for free by sitting at the deck. This is probably the most memorable and “it” moment of our Singapore stay. It’s something like the KLCC water light show but this is by far 100 times superior.
A choreograph fountains, mist, music, with light beams shooting out of water sprinkles in all its neon madness. It only lasts for 15 minutes but stays in your memory forever. 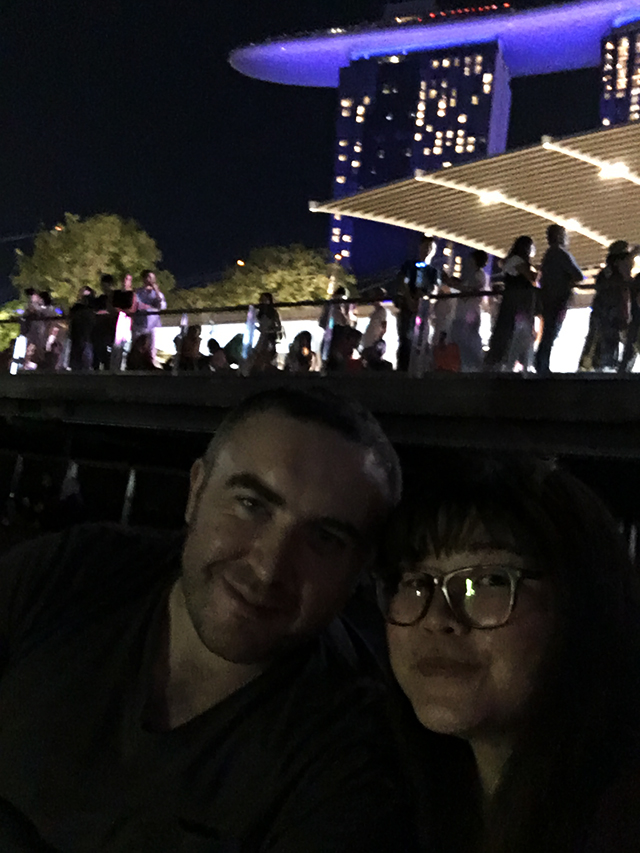 shall we go again baby?
I vividly remember we just had to capture a picture of ourselves with the Marina Bay Sands hotel in the background. It looks like a giant ship perched on top of three magnificent towers to me! Boasting 55 stories, 2561 rooms with ceilings soaring high into the air. If you want to spend all day long just walking, people watching, or admiring every inch of this architectural beauty, then why not!
A very unique and one-of-a-kind resort. If we had the money, we definitely would make this our “Staycation Singapore” again.
This article was originally published by Plusizekitten.com. Read the original article here.

BuddsBuddy Premium All Round Cup Review

2 Eye Looks with One Palette

We will be happy to hear your thoughts

Recent Posts
Most popular this month

This website is a participant in the Amazon Services LLC Associates Program, an affiliate advertising program designed to provide a means for sites to earn advertising fees by advertising and linking to amazon.com

For customers
For vendors
Sign Up for Weekly Newsletter